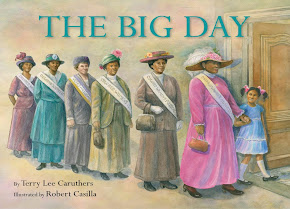 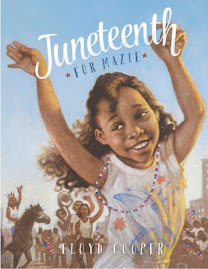 Multicultural History is Today. The 8th Annual MCBD is HERE!

A new day in America was ushered in on January 20, 2021, when the 46th U.S. President Joseph R. Biden and our nation's highest elected and first, multicultural woman, Vice President Kamala Harris were sworn into office. A great day for our country and this dynamic duo for democracy who have said the day marked the realization of many dreams. 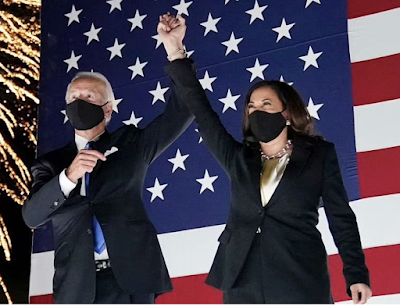 In this, the eighth annual year of the Multicultural Children's Book Day, our cause and our theme are more relevant than ever. That's because a multicultural child who has grown to adulthood is in our nation's second-highest office! And it's more than just a little fantastic! 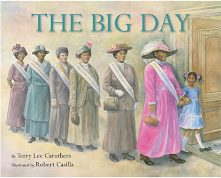 To truly appreciate the importance of this inflection in our collective culture, we must reflect on our past. Two books that can help us do this with those who need it most -- our children -- are mine this year to review: "The Big Day" by Terry Lee Caruthers and "Juneteenth for Maize" by Floyd Cooper.
These two beautiful children's picture book titles explore the past in ways that make history come alive, offering fresh perspectives and reconstructed imaginings of two very important events in our nation's history. 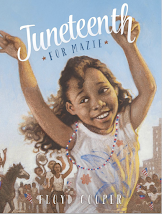 The first picture book, by Caruthers, imagines the excitement of being the first Black woman to cast her ballot in Knoxville, Tennesse. The second title, Cooper's board book, offers young readers a gorgeous composite of time-traveling vignettes that evoke the pride and preciousness of freedom.
This entry is just a sneak peek at what is to come. It is a brief introduction that seeks to set the stage for the two articles that will be posted during the month, through Black History Month and asks that you come back to visit the site. So don't be a stranger. Visit the site again and again, and let's keep the Multicultural Children's Book Day and Movement going strong.
Valerie Williams-Sanchez, Ph.D. ~
Books were provided by Star Bright Books and Capstone Editions for Multicultural Children’s Book Day 2021 Review.
written and posted by Valerie Williams-Sanchez No comments:
Email ThisBlogThis!Share to TwitterShare to FacebookShare to Pinterest
Newer Posts Older Posts Home
Subscribe to: Posts (Atom)

The Cocoa Kids Collection's Williams-Sanchez is among the sponsors the 8th Annual Event.