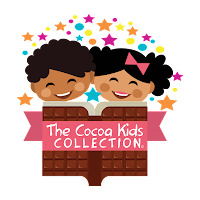 The campaign seeks to raise $5,000 to fund publishing costs associated with the project.

The book, written by Valerie Williams-Sanchez and illustrated by Brooklyn Russell, is the second in the Cocoa Kids Collection book series that puts multicultural and minority kid characters center stage in tales of adventure, learning and fun.

In addition to the goodwill donors will feel for supporting a worthwhile cause, those who give will also get acknowledgment, with gratitude, in all Valorena Online, L.L.C. and Cocoa Kids Collection© marketing, including mention in a Valerie's Vignettes post, the company's blog and newsletter, as well as in all project social media and traditional promotional marketing, including press and media releases. Perks for giving also include:
The campaign runs 45 days, culminating September 18, 2015, and is the second crowdfunding effort, sponsored by Valorena Online.

The first such crowdfunding effort successfully raised just over $1,145, (11% of the goal) which fueled the the publication of the first Cocoa Kids Collection© title, Isaiah and the Chocolate Mountain©. 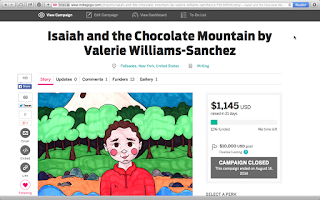 Targeting readers ages 6-8, the book series looks to provide prosocial narratives, images and imagery which serve to reinforce positive socializing agents that can counter the negative emotional impact to the youngest Americans, adversely affected by the recent flood of negative news stories nationwide in which Black youth are often vilified or victimized in increasing incidents of police violence.

"In the era of #BlackLivesMatter, it is imperative that minority youth, of all ages, be able to look around and see positive, life-affirming images of themselves in our culture," said the book's author, Valerie Williams-Sanchez.

Coincidentally, the Indiegogo giving drive runs concurrent to the one year anniversary of the Michael Brown shooting in which an 18-year-old, black youth was fatally shot by Ferguson, Missouri police officer, Darren Wilson. That shooting incident and others similar to it involving black youth including Trayvon Martin and Tamir RIce, have spurred the rise of the #BlackLivesMatter movement, a civil rights awareness campaign which calls for the end of race-based, police violence.